by Neal Storme and the Band of Amazing Friends 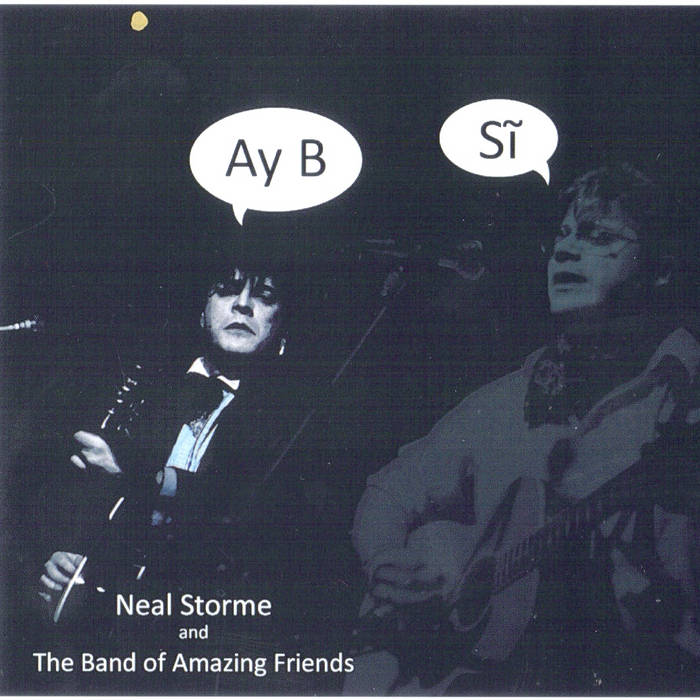 STRUTTER'ZINE sez
Neal Storme and the Band of Amazing Friends 'Ay B Si' (Independent/USA Import)
strutter.8m.com/HOTNEWREVIEWS2015-November.html
www.strutter.co.nr
Out of Washington comes Neal Storme, a very talented musician, who is the son of the legendary Tammy Wynette and he has been in the music business for quite a few decades now. However, he has mainly been active as a producer and manager of all kinds of events throughout the USA, but also was a street musician for many years, so therefore it took some time before he would actually release something on his own. Now he released a full length album, with the help of a whole list of guest musiciains and I must say it is a very impressive records. Completely in the all-American heartland rock/aor style of the classic 1970s / early 1980s, with bluesy licks, soulful vocals and AOR choruses, sounding like Benny Mardones meets John Melllencamp meets Michael Stanley Band, with strong raw vocal work a la Bruce Springsteen (also musically of course, because Bruce is after all the king of this genre!). Here and there I can also comparisons to Warren Hayes, but most of the 13 songs go directly in the classic heartland rock style. The best songs are the uptempo rockers Hand Me Down World, You Are Not Alone (AORish), Draw the Line (Heartland Rock, Bruce Springsteen meets Michael Stanley, with a lovely guitar solo), Everybody Knows (nice Leonard Cohen cover) and Papa don't think he'll make it (strong lyrics!). Definitely a big surprise, this album and highly recommended to fans of mentioned heartland rockacts! More info at:http://www.cdbaby.com/cd/nealstormeandthebandofam

I am a Singer, Songwriter, Guitarist and I have produced and co-produced many NW Artists. I have Produced, Production Managed, Stage Managed, Run Monitors, FOH, participated in many events as staff and as a volunteer in the Seattle Area for many years. , I am performing again.
My CD “Apparitions”, ... more

Bandcamp Daily  your guide to the world of Bandcamp

MF DOOM is given his flowers, plus appearances from MC Jada Imani and Stanley Ipkuss